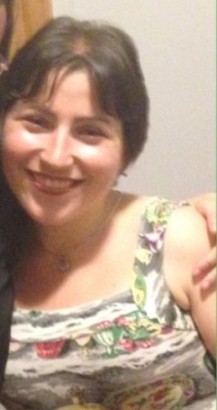 My name is Miranda Yaver. I am a political scientist who in June 2019-2021 is a Postdoctoral Scholar at the Fielding School of Public Health at the University of California, Los Angeles through the Los Angeles Area Health Services Research Training Program to conduct research on US health policy.

I completed my PhD in Political Science at Columbia University in 2015, with emphases in American Politics (major subfield) and Methodology (minor subfield). My dissertation, "When Do Agencies Have Agency? Bureaucratic Noncompliance and Dynamic Lawmaking in the United States, 1973-2010," examines the conditions under which administrative agencies implement in ways that provoke constraints from Congress and the courts, often for behavior that I refer to as noncompliance. I am currently developing this into a book manuscript, spanning multiple agencies and examining both the driving factors behind this bureaucratic behavior, and the ways in which fire alarms about these agency actions lead congressional coalitions to revise policies -- both substance and agency capacity -- to better insulate against further drift. Other research projects examine congressional use of backdoor regulatory strategies in lawmaking, the fragmentation of the American state, judicial politics and ideal point estimation, bureaucratic learning, responsiveness in state policy implementation, and the estimation of policy change. My interests span a wide range of American institutions and inter-branch conflict in lawmaking and policy implementation, ideal point estimation strategies, as well as the evolution of state capacity and policy over time as a consequence of these ongoing interactions. I am also interested in the challenges of health policy implementation at the federal and state levels, and evaluating the effects of policy interventions aimed at reducing underinsurance. For more information, see my research statement. My Google Scholar profile is here.

My op-eds and other health care commentary has appeared in the New York Times, The Guardian, ​Washington Post's Monkey Cage Blog, Rewire News, Public Seminar, Bustle, The Conversation, Medium, and KevinMD, and I have appeared on France 24 and CBC News to discuss American politics and policy.

I was a 2013-14 Democracy and Markets Fellow at the Tobin Project. Prior to graduate school, I was engaged in political science and methodology research at UC Berkeley (go bears!), assisted with ESL and writing workshops in San Francisco, and worked on Democratic political campaigns as well as voting rights advocacy in Washington DC. A San Francisco Bay Area native, I received a B.A. with honors in Political Science from UC Berkeley in 2009.

In addition to doing American politics and health policy research, I am a stand-up comedian who has performed comedy throughout New York City, New Haven, and Boston (and soon, Los Angeles!). When not working or performing, I enjoy doing creative writing, catching live music, and watching sports (go SF Giants and Golden State Warriors! #DubNation).